Nu Metro Cinemas has joined hands with the Four Paws Animal Welfare Foundation to Rise Up and Roar for one of the 21st century’s most important conservation causes. From 1 July 2019, Nu Metro moviegoers can conveniently donate R5 as part of their movie ticket purchases online and in-cinema to raise funds aimed at saving South Africa’s lions.

“Nu Metro’s decision to partner with Four Paws lies close to our hearts. As their conservation efforts rely solely on donations, we want to play a constructive role in creating a better world for our big cats. FOUR PAWS is a global organization which has been doing inspiring work locally for the past few decades, specifically related to the protection of lions. We are proud to be a fundraising partner through our entertainment experiences for this very important cause relevant to all human beings. A R5 donation per movie ticket purchase is all we ask from our customers – if you care, as much as we do, about the future of our animals and environment in Southern Africa,” says Chantelle Burrows, Nu Metro Cinemas: Marketing & Content Executive.

“As an organisation we are delighted to form a partnership with the Nu Metro group in raising funds, but also awareness of the work we’re doing in South Africa. By affording us this great opportunity and accepting our proposal, FOUR PAWS will be able to highlight the incredible work that goes into rescuing abused big cats and to rehabilitate them to the glorious animals they were meant to be,” states Fiona Miles, FOUR PAWS director (South Africa).

Ms Miles continues to explain that “not only the big cats of the LIONSROCK sanctuary will benefit financially through the donations of generous moviegoers, but it will also highlight the plight of the lions in South Africa. We hope through this partnership our education drive will raise more awareness about the status of these majestic animals and that people will help us to give them the ultimate protection and finally restore the roar of the lion.”

With over 100 big cats in the care of Four Paws at Lionsrock, they constantly look at ways to ensure the longevity of this project through donation-support. These big cats consume almost 3,500kg meat per week, regular vet checks are done, maintenance to security and enclosures are done and further development of the sanctuary must be done in order to accommodate rescued animals.

“We believe this partnership will be beneficial for LIONSROCK on a long-term basis and ensure that these animals get the continuous, high quality care they need. It’s encouraging that the Nu Metro group has decided to open its vast network of cinemas to our organisation with the aim of raising funds and awareness. It shows an organisation that is forward thinking and open to give back to something they believe in,” concludes Ms Miles.

Nu Metro’s website and self-service terminals in all their cinemas nationwide will have a special button on-screen for donations to be added for FOUR PAWS as part of customers’ movie ticket purchases. 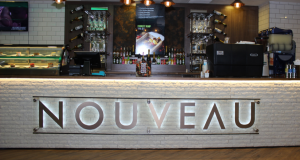 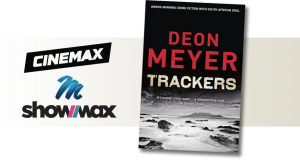 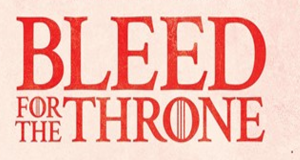 Bleed for the Throne