From Page to Stage: Matilda is the musical of the year! 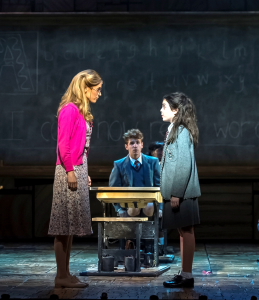 There is a refreshing satisfaction when one leaves a theatre after a musical with children at its core. Think back to the timeless musicals you have seen not only as a child, but also more recently on our South African stages. The Sound Of Music comes to mind with unique and loveable child performances. Then we have Annie, a powerful leading role by one knockout leading lady who is all action, drive and perseverance. And now, with our newest theatre recruits, all your favourite childhood characters have come to life. Matilda the Musical has gloriously taken ownership in a true Kaleidoscope of colour and show-stopping girl power!

You may have noticed the trend of strong and powerful female leads who withstand their own storms and invariably come out stronger at the end of their journey. Whether these leads are adults or young children, the message of empowerment is particularly clear and unstoppable. Matilda The Musical has a very strong message of acceptance and courage and delivers with showstopping vitality.

It’s always interesting to witness a story that most have come to love from the pages of a book that has been communicated through song, dance and visual characterisation. The effectiveness can be far more appealing and the message more powerful when altered for a live production. In Matilda The Musical’s case, this enchanting story ignites with a huge voice and the right amount of energy for a large-scale, truly unmissable theatrical offering. 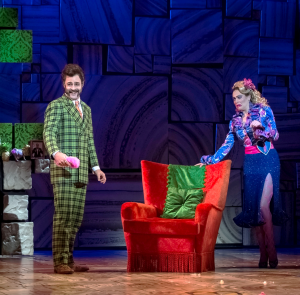 Based on the 1988 children’s book by Roald Dahl, this hugely polished and fast paced musical is suitable for a new generation of impressionable young children. With some of the most wonderful and touching music you will hear on a stage, the cast, most of which are talented youngsters, enjoy scene after scene with maturity and ease. Tim Minchin’s music and lyrics are memorable and many of the showstopping numbers have become the anthem for the powerful childhood themes of the show. This coming of age story delivers a masterful and thoughtful script and with its strong message throughout, the appeal is extremely pleasing

The plot is simple and in fact rather sad, but as we know in stories like these, it’s not all downhill and mayhem for the leading lady in question. Matilda Wormwood is a lonely child who reads books to escape her awful upbringing. She is talented beyond her age and is far wiser than her dim-witted parents believe her to be. She immerses herself in the pages of her books and creates magical tales that take her to worlds of make-believe. 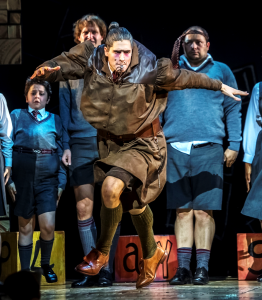 There are 3 Matilda’s playing the lead in the run of this musical feat, however opening night saw the wonderfully talented Morgan Santo playing the title role. One can describe her performance as a winning combination of sensitivity and resilience. She is a tiny package of energy and sheer likability and is a huge force on stage. The same can be said about Kitty Harris, who we saw in our second visit to this production. In her professional debut performance, this young talent revealed her true gift for the stage and is certainly a bright young theatre star to look out for.

Huge admiration needs to go to the LAMTA academy, for the magic and professional training they impart onto these impressive youngsters. Their directors, Anton Luitingh and Duane Alexander, also resident Director and Associate choreographer of this tour have moulded these incredible actors into shining examples of the wonderful young talent we have in this country.

Mr and Mrs Wormwood are played by Stephen Jubber and Claire Taylor respectively. Jubber, who will be remembered for a somewhat similar role in Annie, is effortlessly wakey and gives a brilliant portrayal of Matilda’s slimy, small town crook father. Taylor, recently seen in Rock of Ages, is a marvel as always to watch. Her stage presence is truly magnetic and her loud, boisterous and ditzy Mrs Wormwood needs huge recognition.

When Matilda starts at her new school, she meets the wonderfully and sweet voiced Miss Honey played by Bethany Dickson who’s grace and demeanour on stage is remarkable. Both Miss Honey and Matilda have to deal with their demons and tackle whatever insecurities they have head-on, and the sincerity of their relationship on stage, was hugely visible through their professional approach to their characters. 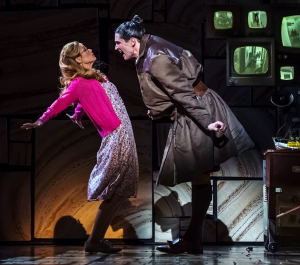 Children’s stories are never complete without a villain and there probably has never been a more shining character driven role than the one given by Ryan De Villiers who plays Miss Trunchbull. De Villiers gave an unforgettable performance on both nights we saw the production and whoever he was channelling came through in bucketloads! His performance is an admirable highlight of the show and if there were any doubts to see Matilda, let Ryan’s performance be your driving force. Miss Trunchbulls flamboyant character in true panto style humour and devilish charm, is so outrageous it’s hard to keep a straight face during her scenes.

The set design is glorious and filled with huge amounts of detail and charm. You will feel as if you are floating on the pages of a book with letters and words that make up the entire expanse of the stage. Set- and costume designer Rob Howell adds sparkle and magical touches. There are fast set changes, slick choreography and how can one forget Bruce Bogtrotter and his famous cake eating scene? With a live 8-piece band led by the brilliant Louis Zurnamer, Matilda is one Musical that should not be missed!

Matilda The Musical will be running at The Teatro at Montecasino until Sunday the 2nd of December where it moves to the Artscape Theatre from the 11th of December. 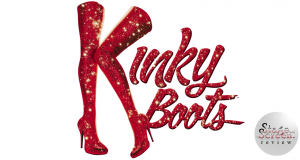 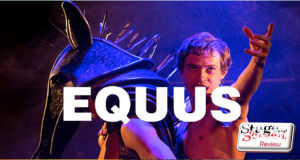 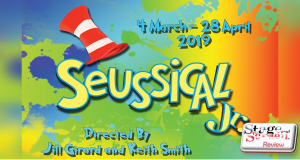