We Chat with Max Hurrell

“Who is this Max Fellow? We just need to talk.” 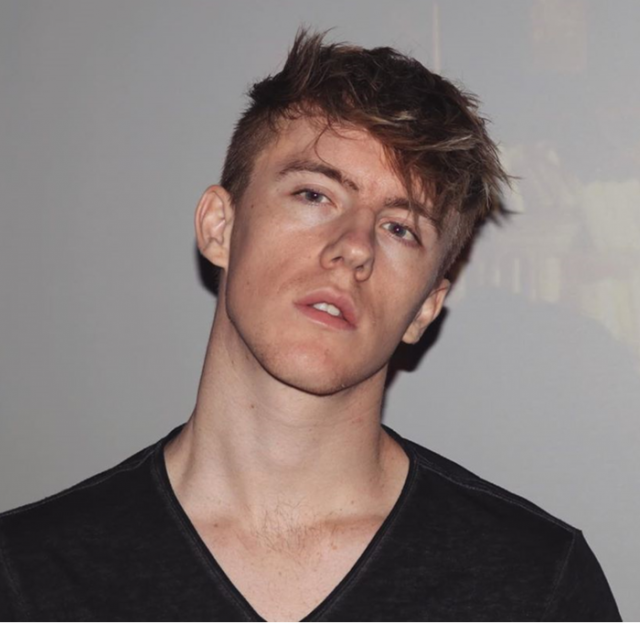 South Africans’ hope of releasing some lockdown-tension with that next cigarette went up in smoke when Minister Nkosazana Dlamini-Zuma announced the ban on cigarette sales.  Then Max Hurrell remixed this speech, and within days, reached the top spot on the South African Itunes charts, with millions of views on various social media platforms, and even the theme of its own TikTok dance challenge.

It was when this minister became aware that she is featuring as the vocals on the latest dance hit that keeps South Africans sane, that she took to Twitter herself to initiate a meeting with the creator of the song.   Many media outlets, locally and abroad, reported on this, many referring to Max Hurrell as unknown.  But as incorrect as this may be, we tracked him down to change this perception.

Max Hurrell is a 24-year-old DJ, born in England and raised in South-Africa, who is now living in Cape Town.  He has been DJ’ng for the last ten years and producing his own material for the last five.  Most lovers of electronic and dance music would know him from the RAGE festivals, Rocking the Daisies, and his personal highlight to date, playing the main stage of Ultra in 2019.

Tell us About Zol.

“There is no particular meaning behind the song.  It was just a funny idea I came up with and ran with it.  it just resonated with people.  It was relevant and people were sad about the cigarette ban, and the state of the lockdown, so I think people needed that comedic relief.”

Will the success of this satire hit, ZOL, do something for your career?

“Yes, it has.  It has definitely grown my online presence.  I now have more eyes on me, therefore I can show more people what I am really doing.  More people can now listen to my music and know my content.  So yes, it has done something for my career, in terms of Brand Awareness.

Luckily that Brand Awareness is all positive and in good spirits.  It’s not that I have done something terrible, and that’s why people know me.  People now know me for something that brought joy to them, which I like.”

If you say in good spirit… Are you and Minister Dlamini-Zuma on speaking terms?

“Yes, we are.  We spoke and she understood that it was a joke, and it wasn’t done without any malice or any ill intentions.  It was purely a joke to make people laugh and entertain people in these serious times.  She has no issue with the song.”

You made quite a few political satire clips, from the Fish with Minister Holomisa, to President Ramaphosa introducing the new condoms in Parliament.  Do you follow politics to listen especially for ridiculous phrases? 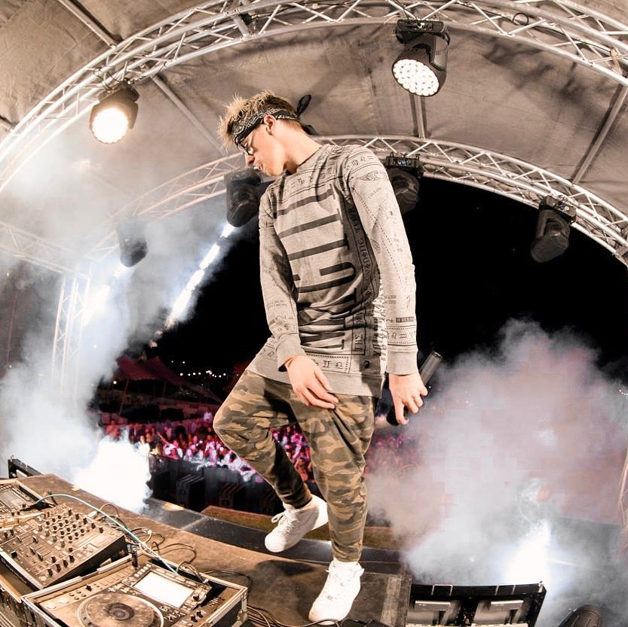 “To be honest, I don’t usually follow politics, But I do keep my ear to the ground in terms of just being online, and if I hear a beat in my head, I will go for it.  They usually just come naturally to me. I don’t want to force it.

I made a few, but I don’t necessarily listen with the intention of being harmful to parliament and our leaders, just to bring comedic relief to people.  The Max Condoms thing was just too relevant, I just had to use it.”

How does the beat come to you?  Never mind politics, you even mixed that annoying Samsung ringtone…

“I’ve been producing music for about 5 years now, so the beats come to me naturally, It’s almost like second nature to me to hear rhythms in my head, melody’s etcetera.  They just come to me, I import them and go with the flow, and if it turns out well, I will finish it, and if it turns out not so well, I won’t finish it. It’s pretty much that simple.”

Where did your love for DJ / Producing come from?

“So I started DJ’ing because I enjoy making people dance and seeing the excitement people get when they hear a song they resonate with.  Or a cool drop… Obviously, I’m focussed on electronic music so drops are more important generally.

I did DJed for ages.  I was obsessed with it, and eventually, I just felt like I needed more, because I felt like I was just mixing other people’s music and I wanted to start making my own original music. When I hear a melody, I want to be able to put it down and execute it myself, rather than finding a song online of someone who’s already done it.  I’ve spent years learning how to make music, and now I am doing so.”

Your latest single, Whisper, is doing very well.  Where did the inspiration come from for this song? 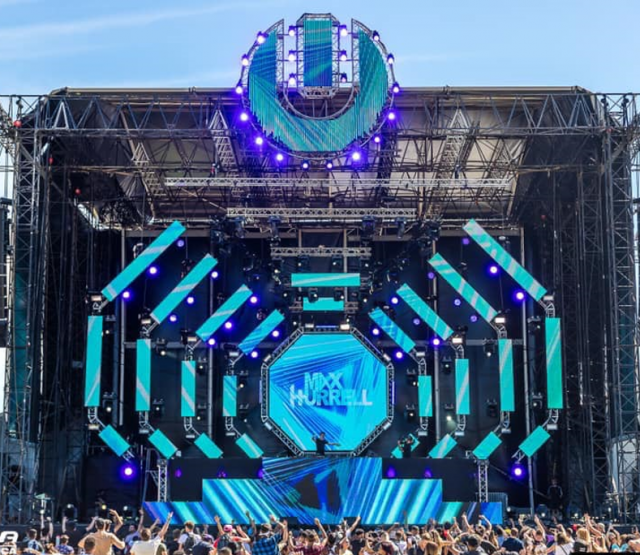 “That song Whisper, is part of a more serious side of me.  I wrote it with a friend of mine, and I’ve been trying to perfect the sound for a while.  The song itself doesn’t necessarily have a direct image, like a story relating to either of us necessarily, but we felt like people will resonate with the message of the song.  I do feel like the instrumentals itself match with the rhythm.”

How would you describe your music style?

“It’s always been tough for me to define my music style because I just enjoy producing so much of different genres.  I like experimenting with different styles. I won’t be happy doing just one tempo, one genre for the rest of my entire life, and getting known for only that. I’d rather have complete fun with it and not feel trapped, so I try to keep it open-ended. Obviously, there are limits. My heart will always be with melodic music in general, and I feel that that will always be the main theme of my brand.”

You have played nationally and internationally so far in your career.  What did these gigs teach you? 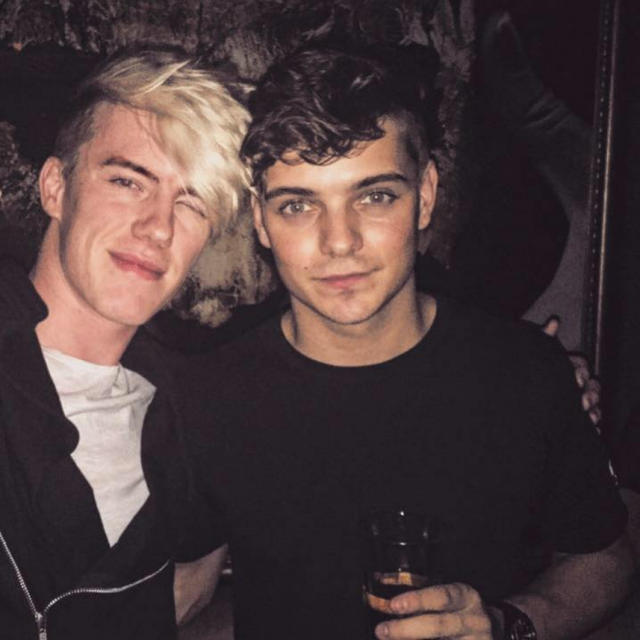 Who is your Electronic Music hero?

“I’m kind of a bass music-head so I really enjoy bass music and the harder stuff, especially from a production standpoint.  So Virtual Riot would be an all-time favorite artist.  He is too good, too versatile and no one can touch him with production.  So I guess I am just a little bit of a Virtual Riot fan.  There are so many people that I look up to though.”

What’s up for you in the future?

“There’s plenty.  I am actually taking a little bit of a break from shows and just focussing on music production, and luckily the Lockdown coincides with this. At the moment, what is in my future, is just building my music career, and building my own empire.   There is a lot of music and concepts I am working on, but the details remain unrevealed.”

Do you have a message for all your new fans?

“The people that know me for only my comedic side of things, must just please give my serious music more of a chance because I think they can resonate with that stuff as well.  And if not, there’s plenty more coming with sort of mid-tempo style beats, like Zol, but not necessarily in a comedic style; more serious songs with some serious rhythm.”

All Max Hurrell’s Music is available on iTunes, Spotify, basically all online platforms – Or click here! 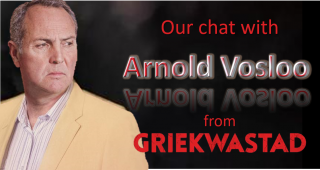 Our Chat with Arnold Vosloo 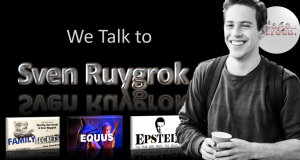 We Talk to Sven Ruygrok 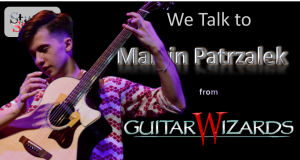 We Talk To Marcin Patrzalek