The refined sound of a sibling trio bursts onto the SA Music Scene. 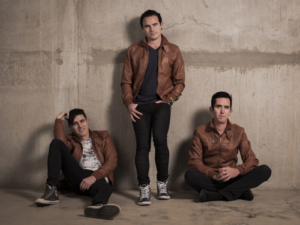 It takes hard work, dedication, focus and an almost uninhibited passion, to compose, arrange and record an album, for any aspiring recording artist. In the cut-throat, make-or-break world that is the music industry, finding your niche is probably one of the most difficult tasks one could possibly hope to achieve. Hats off to anyone with the determination to pull off such a feat. But, it should be added – a good dose of noteworthy, all-round talent, with a relentless pursuit to musical perfection seems to sometimes come together magically in the making of a success recipe which defines musical genius and originality. In this case, they are a trio of male siblings, collectively known as 1925 Band.

Brothers David-Lee Gericke, Jeff Gericke and Réno Gericke graces the scene with their easy going, polished and seemingly effortless professional delivery in such a manner, that one might be forgiven for thinking they already have been around as artists for years. Their debut release, Eintlik Nogal Baie, has in fact been seven years in the making, after having been shaped and fastidiously crafted to high standard that bears testimony to the unwavering commitment they have for their art form.

Centurion Theatre recently hosted a fun-filled musical celebration when 1925 Band took to the stage during their debut album’s launch. The surroundings were familiar of course, but just as soon as the band set foot onstage, a remarkable difference was evident. The overall sound production was flawless. The brothers delivered their set with an unmatched confidence. Their onstage quirky antics reminiscent of The Bee Gees; they joked about and interacted with each other and their audience whom reeled with laughter and burst out in applause, lapping up all the band had to offer. And much it was. 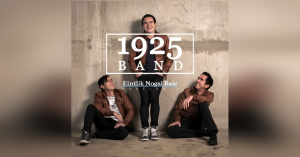 Read here more about the Release of 1925 Band’s new album.

The Gerickes are not only talented composers but also extremely accomplished musicians in their own right. Each brother is a master of his instrument: Réno tackers away on his 5-string Bass guitar, David-Lee on acoustic guitar and Jeff feature on keyboards and percussion. Not surprisingly, all three of them shared vocals for most part of their gig and exceeded all expectations – pitch perfect, spine chilling three part harmonies enveloped the theatre that seemed to lift the almost tangible atmosphere even higher. Certainly the best I have ever heard live in a long time, as though The Eagles or Crosby, Stills and Nash, echoed in my ear.

A couple of cover versions of their favourite songs in the adult contemporary genre included artists like Journey, The Bee Gees and even Kenny Rogers, but it was Bruno Mars and Mark Ronson’s ‘Uptown Funk’ that really whipped the audience members into a frenzy, taking all by surprise. Their versatility clearly evident in the way they expertly recreated these songs was astounding, hinting at their lengthy musical background and inspiration.

Eintlik Nogal Baie, the title track from the album, featured in the highly acclaimed 2016 Afrikaans film with the same name. A personal favourite from the album, the song encapsulates the essence of this production with such great veracity. Having been released internationally, this prompted the band to record a stunningly beautiful Spanish version, called Ahora Que Lo Pienso. Sung by David-Lee with a perfect accent, the sweet melancholy of the original Afrikaans version felt even more emphasised in Spanish, bringing a tear to the eye…

The 11-track album opens with Servette, a tender, yet sprightly song that suggests lost love with the passage of time, both gut-wrenching and relatable. Fynbos, with its whistles in unison, furthers this theme in a metaphor hinting at the title, ending on a more positive note. Johny and the Monkey, the only English song on the album, boasts South Africa’s rock royalty, Duncan Faure, from 1970’s Rabitt fame, on lead guitar. Having worked with Eintlik Nogal Baie producer Mel Botes himself upon his return to S.A, it was a welcome surprise to realise Faure lent his guitar prowess to this track. Another strikingly beautiful addition to the album is Emosionele Natuur, best enjoyed with headphones, in order to absorb all the complexities contained therein. The track hints at the three earth elements, water, fire and wind, in turn suggesting the diverse personalities within 1925 Band.

Altogether, 1925 Band’s style can be described as acoustic folk. The way they harmoniously tune to each other as well as the feeling each song evokes within, makes their music so enjoyable to listen to and watch onstage. Music of this high calibre convinces us that they will whisk us away into either a dreamy state or dance holes in our shoes for years to come, as we eagerly await tour dates on the horizon.

The 1925 Band, is proudly promoted by the very capable team of Starburst Promotions. 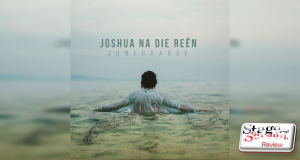 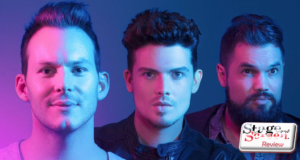 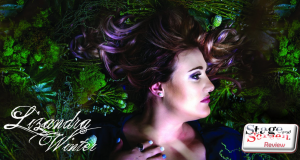